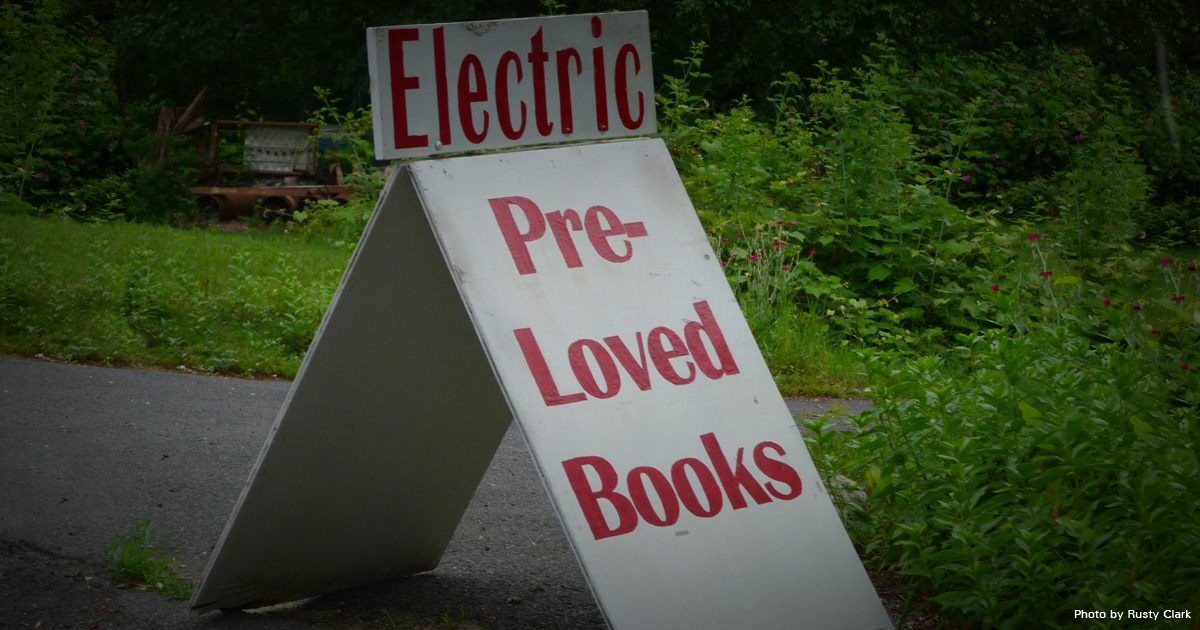 Amazon is constantly looking for ways to increase sales. Now they’ve filed patents for “used ebooks” and other digital content. Umm, what?

Yes. Apparently Amazon (and other companies) have determined that digital files can be “used” or pre-owned. How can this be, especially digital media that never exists as a real physical product, unlike a paperback or DVD? The answer is it can’t, unless I spill digital coffee on it 😉 . I think this is a way to create a secondary marketplace for digital products that people no longer want.

There has been much talk about how people will try and game the system, but the way I see it, those who have received ebooks for free (via deals or emailed copies) won’t be eligible. Every Amazon transaction is stored against my account. I would expect that I would only be able to sell (get partial refund) for books registered as purchased by my account. After selling, the title I “traded in” would become ineligible for “trade in” again, but remain in my account history. Also, the file would be wiped from my device.

The part that is somewhat concerning is what happens when someone buys a “used” ebook. I, the author, should be compensated in some way just as I am for new books because there is no physical inventory. In addition, as an author, I am tied to the product as the original rights holder. I should be compensated. As far as the buyer is concerned, a “used” ebook is the same as a “new” ebook. Digital is digital. It doesn’t get tarnished. It’s a gimmick to get buyers to spend more that hopefully won’t screw the sellers/writers.

It’ll be interesting to see how this plays out. Since the price of Kindle ebooks are approaching the price of traditionally published books, getting some of my book purchases refunded, ones that I would not read again, may be a good way to get me to buy more. We’ll see.

Here’s a different perspective, plus a look at Amazon’s patent application.